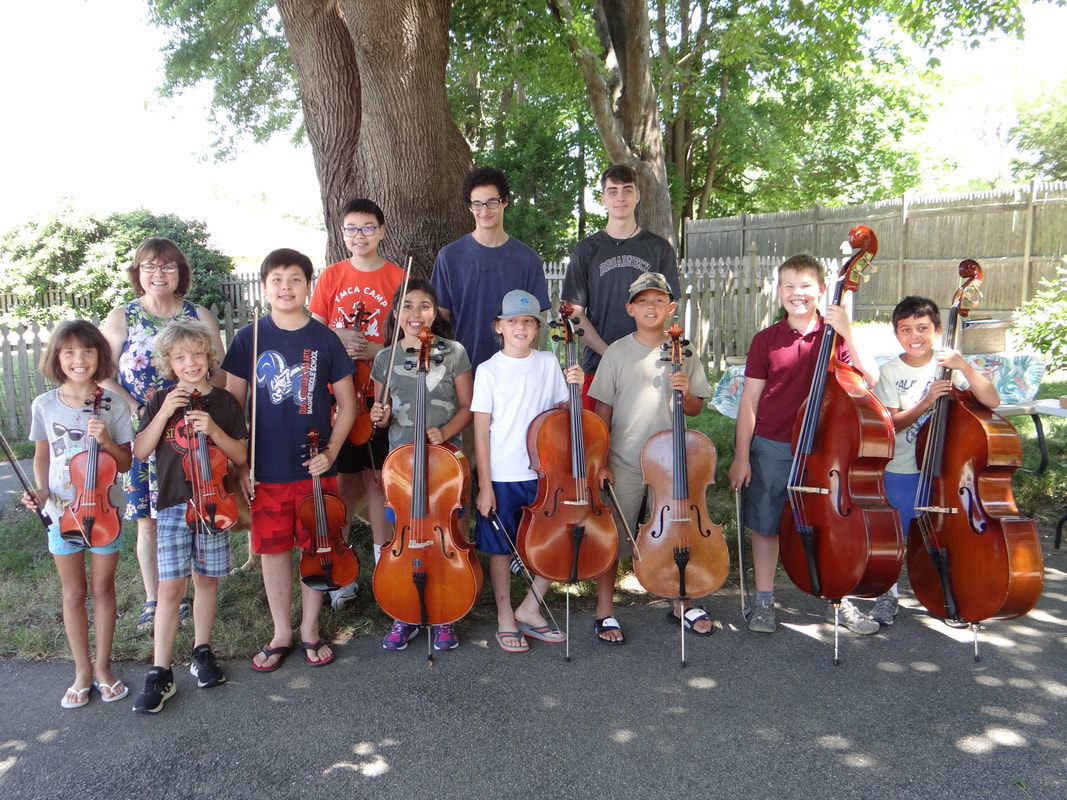 Purpose
WYSE provides a unique opportunity available to young string musicians of all ability levels that is not currently available in local public or private schools.  Students who participate in WYSE rehearse and perform orchestral music, showcasing their talents through a series of concerts in a variety of settings.  The combination of private and group instruction allows the musicians to achieve a high level of proficiency and skill.  Through live performance, WYSE seeks to inspire its members to achieve the highest level of musical expression, which will provide a strong foundation for a potential career in music, and will improve each member's self-disciplie and self-discipline, as well as providing memories that will last a lifetime.
Ensembles
Because of the age incongruity and the variable proficiency level of participating musicians, WYSE is divided into three separate ensembles, which allow musicians with similar musical competencies to perform with others of comparable skill levels.

String Ensemble
The String Ensemble is the intermediate level ensemble of WYSE. This group is for the more advanced string  player and musician, ages ranging  from ten to eighteen.  Most students have had prior ensemble performance experience.

Chamber Players
The Chamber Players are the most advanced level ensemble for ages thirteen through eighteen.  This is the elite group and they perform the most challenging pieces. The more advanced groups are augmented by the addition of wind players for selected pieces, in order to give these string players the experience of performing in a full orchestra setting.

Kathleen Curran Monroe has served as the director of Westminster Youth String Ensemble since its inception in 2014. She was the director of the Musica Dolce Youth String Ensemble from 1995 until 2013.  In 2013, the MDYSE, under Mrs. Monroe’s direction, was invited to participate in the National Orchestra Festival as part of the American String Teacher’s National Conference. Only 16 orchestras from the United States were invited to participate. Kathleen, a Rhode Island native, attended the University of Rhode Island and earned a Bachelors’ Degree in Music Education. She attended New England Conservatory and studied cello with David Wells. Kathleen earned a Masters’ Degree in Cello Performance from that prestigious institution. She worked for several years as a String Specialist in the Somerset, MA, School System. Kathleen was a long-time cellist with the Rhode Island Philharmonic. She has been a String Specialist in a variety of school systems, from Massachusetts to Pennsylvania. Besides directing WYSE, Kathleen performs with a variety of string ensembles, is a private cello instructor, and is an advocate for the incorporation of String Music Programs into our public school systems.